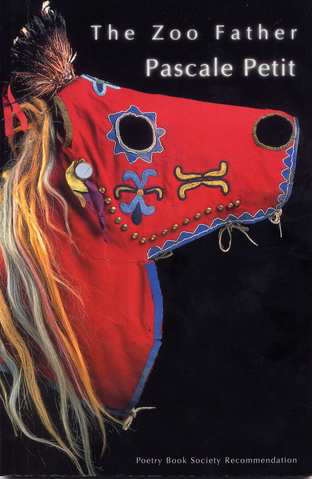 Buy The Zoo Father from Seren

The Zoo Father was selected for the Next Generation promotion, was a Poetry Book Society Recommendation, shortlisted for the TS Eliot Prize, and was a Book of the Year in the Times Literary Supplement and Independent. It won an Arts Council of England Writers’ Award and a London Arts New Writer’s Award. A poem from the book, ‘The Strait-Jackets’, was also shortlisted for the Forward Prize for best single poem. A bilingual edition is published in Mexico and distributed in Latin America and an illustrated edition is published in Serbia.

At the dark heart of this unique collection is a daughter’s fraught relationship with her dying father, a man whose legacy to her was violence and abandonment. Rich in the imagery of the Amazonian jungle (fire ants, shaman masks, hummingbirds, shrunken heads, jaguars) these poems at once ward off and redeem the father through myriad transformations. These intense, vibrant and fiercely felt poems are sure to evoke strong responses in readers.

A blazing new arrival – Boyd Tonkin, The Independent, Books of the Year

This is a wonderful and red-raw collection that captures pain, love and loss. – The Independent

Although rooted in real experiences, this is poetry that is deeply, wonderfully imaginative. – Poetry Book Society, Next Generation Readers’ Guide.

The Serbian edition of The Zoo Father is translated by Milan Dobricic and illustrated by Dragana Nikolic (Treci Trg, 2012) 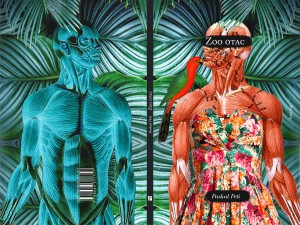 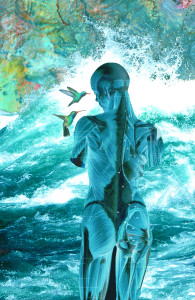 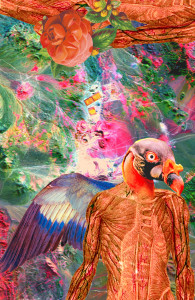 Reviews of The Zoo Father

“A blazing new arrival” – Boyd Tonkin, The Independent Book of the Year

“Pascale Petit is among five or six of the very best current poets of the UK.” –  Les Murray

“Pascale Petit’s The Zoo Father does much more than mine a rich autobiographical seam. It deals with the twin shocks of a dying father’s reappearance after 35 years, and the death of a mother after a life of mental trauma. She transmutes her father into an Amazon rainforest, and uses this amazing metaphor to refract her feelings. This is a wonderful and red raw collection that captures pain, love and loss.” – Bill Greenwell, The Independent

“She operates a glittery, concise, deeply responsible magic realism, which explores the exotic, the wilderness and the faraway scrupulously for their own sake, but also as leaping metaphors for self, and for the relationships of home.” – Ruth Padel, The Independent on Sunday

“Her love of language is intoxicating, but she also has control, and knows how to harness the power of these incantations against the griefs of childhood and youth.” – Helen Dunmore, T S Eliot Prize 2001 PBS Bulletin

“Our eyes are opened to the abundance and colour of the world, and that world seems remade as a life-giving habitat for the imagination. This makes The Zoo Father an unusual and powerful book.” – Kathleen Jamie and Maurice Riordan, PBS Bulletin

“It’s rare that I come across a collection of poetry, however striking, that has changed my life. I think I can say this about this book, which is Pascale Petit’s second full-length collection. In her first, Heart of the Deer, were poems that journeyed through the Amazonian rainforest, employing imagery of hummingbirds, tribal rituals, hallucinogenics, while at the same time approaching (and to some extent, touching) some dark material of a more obviously personal nature. In The Zoo Father, Petit grapples full-throttle with this material, exploring in dazzling and disturbing poems her relationship with the father who abused and abandoned her and, to a lesser extent,with what it was like to live in the same house with a mentally ill mother.”

“It sounds bleak, and in the wrong hands it would feel ONLY bleak, ONLY disturbing. But these poems are a long way from being reportage: they are chants and incantations, spells and curses, teeming with ants and hummingbirds (again) and lungfish and all the flora and fauna and tribal rituals of the Amazon, a place where Petit feels very much at home, imaginatively, mythically, one could say psychodramatically. These poems are like nothing else in British poetry, being much more reminiscent of Surrealism and Magic Realism. Though obviously crafted with a lot of skill, they abandon literary contrivance and the defence strategy of irony. They emerge from a dark place while at the same time illuminating it, giving names to material that is usually nameless.”

“You won’t be able to read this book dispassionately. In some senses, it steps out of Literature altogether. You won’t be the same when you’ve finished it.” – amazon.co.uk

“Pascale Petit seems, in these poems, to recover something of the “undissociated” sensibility so abundantly seen in the literature of the European Baroque. Like David Gascoyne, Selima Hill and Les Murray before her, Petit’s synthesis has its roots in the spiritual, and its branches properly weighted with the material. The Zoo Father, like Heart of a Deer before it, is the work of a poet tired of facile irony, and bent on turning the empirical approach of most contemporary poetry on its head. If there is anything new in current poetry, it’s in work like this that we seem most likely to find it.”  – Wayne Burrows, Planet